The history of the Guinness Book of Records it is reported start because the brewery felt it necessary to produce a reference which would end the famous ‘pub argument’. In Wales there is one topic for sure that most people agree on; they all love “a drop of Cawl”.

Cawl has two meanings depending on which side of Powys you live. In the north it is translated as soup whilst though Southerners would agree, however to them Cawl is a chunky soup of root veg and a cheap cut of meat usually with leeks thrown in.

This version to me is Cawl or Cawl Cennen (Leek Soup). Growing up there would also be 3 versions served, Cawl (usually a brisket of beef), an alternative would be made with bacon, and of course the delightful Cawl Peis (Pea soup) made from a day soaked ham slow cooked with dried peas.

Although my country folk would agree on their liking for Cawl where the arguments begin is agreeing on who’s Cawl is best! 99% would say their mother’s recipe; and I am no different.

My daughter visiting me wanted to know what was for dinner and I suggested Cawl. Her eyes light up and she was quite expecting the usual Cawl Cennen. I on the other hand decided to add my stamp to the mid week version of bacon Cawl.

Upon sampling she asked if she could make the dish in the slow cooker & of course it is the best gadget for the job.

Tonight’s Cawl was an amalgam of ingredients that needed to be used or discarded. So there will be a few items that you would not necessarily add to the dish, but they work.

pint of stock (beef, chicken, lamb, vegetable whatever is to hand)

Slow cooked or pressure cooker either every Cymro knows Cawl is best on the second day & this is no different. All the flavours fuse to produce a hearty warming dish on a cold dark November night. 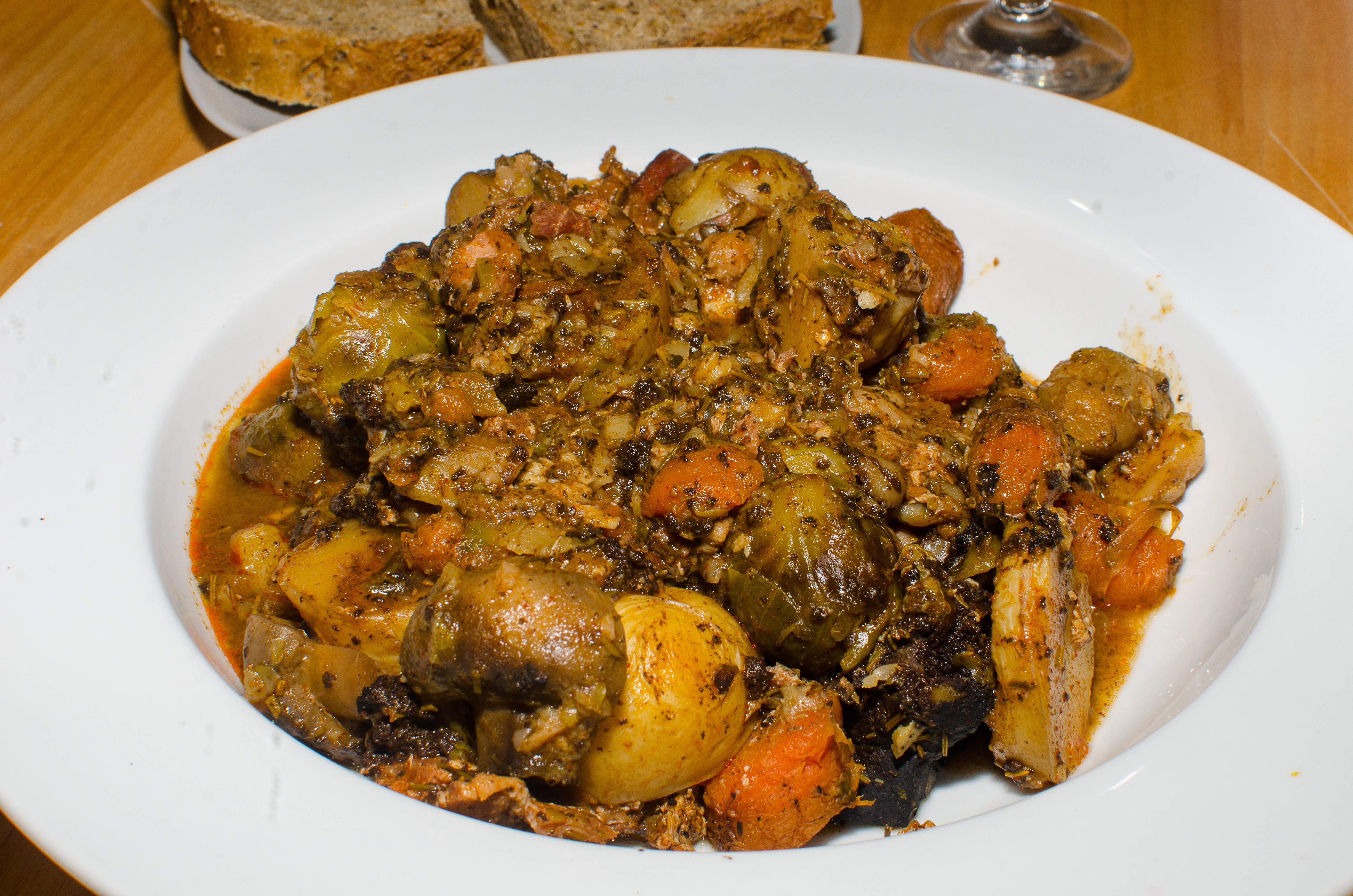