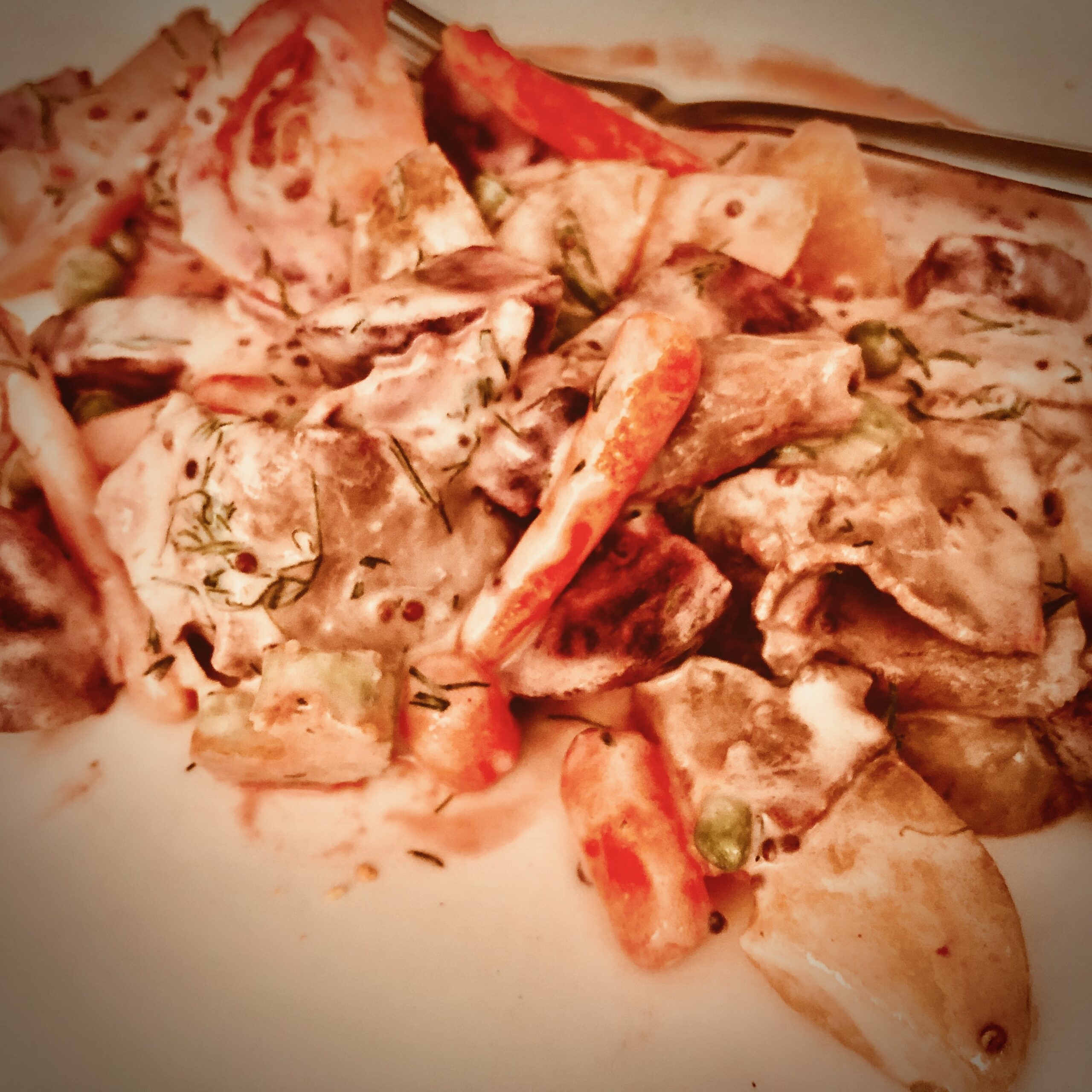 I have a passion for Spanish cuisine and whilst on my culinary odyssey, I discovered something which initially surprised me, but upon reflection, made perfect sense; a Spanish kitchen relies heavily on tinned produce. Tinning has been proven to be the best way to preserve foods, a real bonus in warm climates.

I mention this because for my latest supper, I prepared a dish for the first time which could utilise tinned fayre reducing preparation time to under 15 minutes.

Having returned from a day out on one of the hottest days of the year; the thought of cooking did not fill me with zeal. In another life, I would have suggested eating out; under the ‘new normal’ – ordering in!

Unfortunately whilst enjoying the day, I succumbed to my affliction and needed to increase my glucose levels. A sugar free drink arrived followed by a very welcomed and tasty grilled cheese and bacon sandwich on wholemeal. Simple, delicious, & nutritious street food; with my best educated guess weighing in at 25.5 SYNs. This leaving me a remainder of 9.5 less a Cortado and half a Lotus Biscoff (shared with the middle grandchild) – left a balance of 6 SYNs. Therefore, take out, eat in, all confined to the bin.

I chose  a low version published by Slimming World, of a classic, making ingredient substitutions to cater for individual tastes, and availability of ingredients.

Russian Salad is known by several names such as “Ensalada Rusa” or “Olivier Salad” or “Salad Olivieh”. This is a simple salad invented in the 18th century by Lucien Olivier and widely recreated throughout Eastern Europe. Over the course of the centuries, different regions of Eastern Europe have developed their own variations of this salad but few core ingredients are common to them all: potatoes, eggs, carrots, pickles, onions, peas, and a mayonnaise-based dressing.

The main ingredients in my version consist of wafer thin lean beef slices, fresh beetroot, carrots, peas, green beans, potatoes n gherkins, served with a tangy mayo dressing. The recipe I followed advised a cooking time of 1 1/2 hours minimum because the beetroot being fresh, had to be boiled, and so the potatoes, peas, carrots and green beans.

So I cheated, I used supermarket cooked beetroot not pickled, peas and carrots were frozen and I added fresh celery and tomatoes.  The vegetables whence peeled should be diced in to a 1cm square, so frozen vegetables even ‘mixed vegetables’ is ideal to save time and energy on a barmy day.

As I mentioned earlier, the use of tinned produce will be make this dish work in the shortest of times, as the veg needs to be at room temperature.

So, in large bowl went the cooled potatoes, peas, and carrots, with the diced fresh beetroot and 4 slices of lean beef & pickles – for pickles I used pickled silver skin onions; no one except me is a fan of the gherkin – poor gherkins!

Whilst I was ready to start making the dressing, I boiled eggs for 8 minutes. In another bowl I added a generous, handful of fresh chopped Dill (dont use the dried stuff it doesn’t work), lemon juice, and instead of a paste of mustard powder in a ratio 1:2 with water, I chose 2tsp of wholegrain mustard, a little of the vinegar from the onions, 3 tsps of garlic salt, 3tbs low fat mayo and 200gms of fat free Greek yogurt. A vigorous whisk and pour over the salad; mix thoroughly and serve immediately with halved boiled eggs.

Its a light dish which was most welcome as day became night. Even on the harshest of winter days I would consider this salad – possibly adding cold pasta to bulk out!

Never on a Sunday

Pushing out the Slow Boat