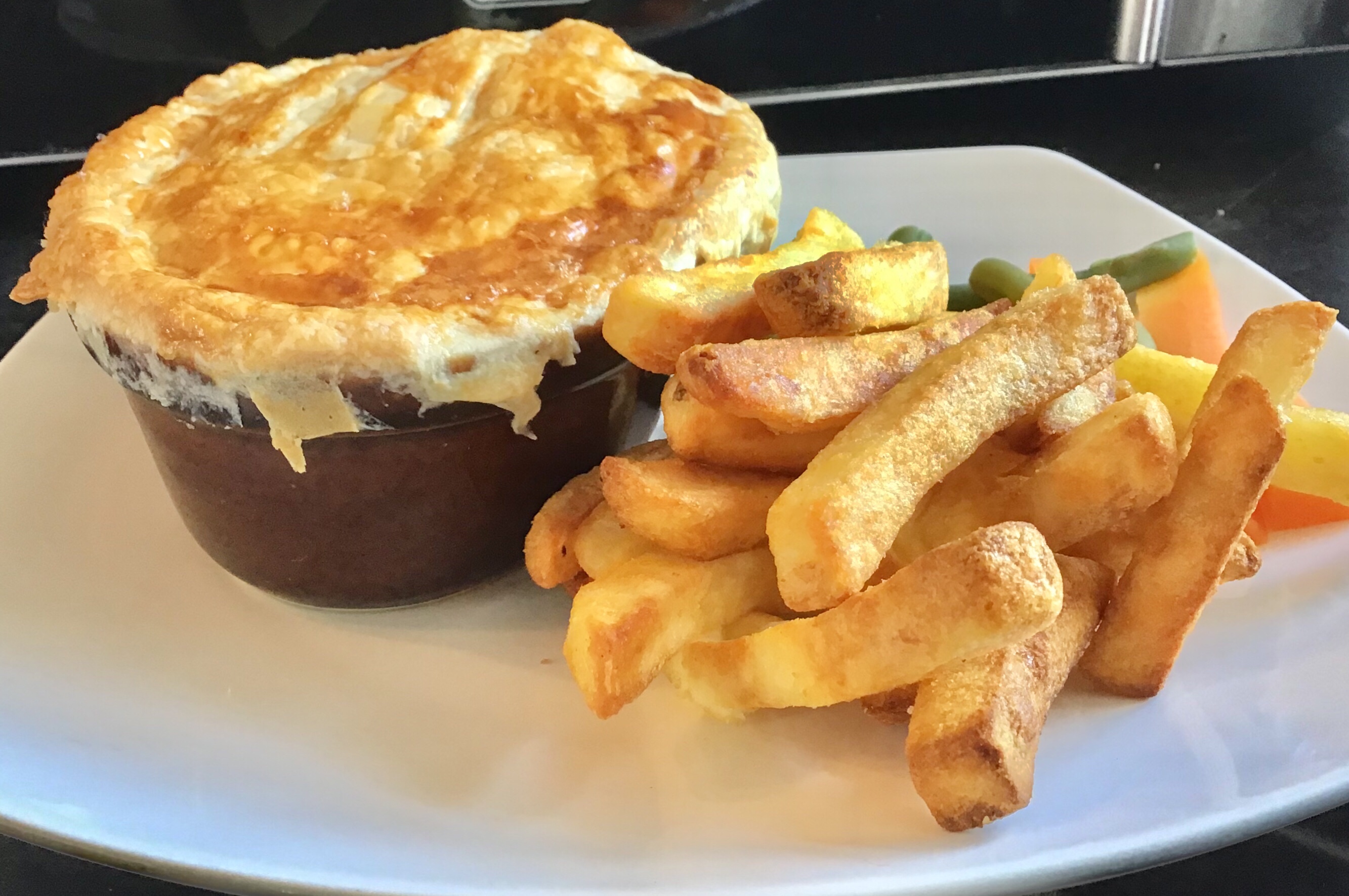 A guilty pleasure of mine many years ago was mince and onion pie with chips from the local chippy. Alas with maturity comes the result of years of abuse which means I can no longer stomach both portion size nor the fats involved.

The stodgy delights from my youth can be recreated in a much lighter vein in my own kitchen. Substitution and alternative cooking methods result in a hearty meal with a lessening detrimental effect on diet especially when following the “One Meal A Day” style. So for the pie I decided upon chicken and bacon in a broccoli and Stilton sauce with a puff pastry lid.

Making two individual pies I took a small floret of broccoli and removed the stalk and chopping the floret into small pieces. Taking a small portion of Stilton from a supermarket cheese board selection, I broke the wedge into small squares before adding to a medium pan in which was a quarter cup of flour, 25g of melted butter and 300ml of 1% milk. Adding the cheese and broccoli to pan I increased the heat high and continued folding until the the cheese melted and sauce thickened. Now I reduced the heat to a bare minimum.

For the meat filling I diced a large breast of chicken and three slices of smoked bacon and flash dry fried these until the chicken was no longer pink. Then I added the meat to the sauce increasing the heat until both meat and sauce combined fully.

Using individual ramekins I divided the filling before covering with puff pastry and egg wash. 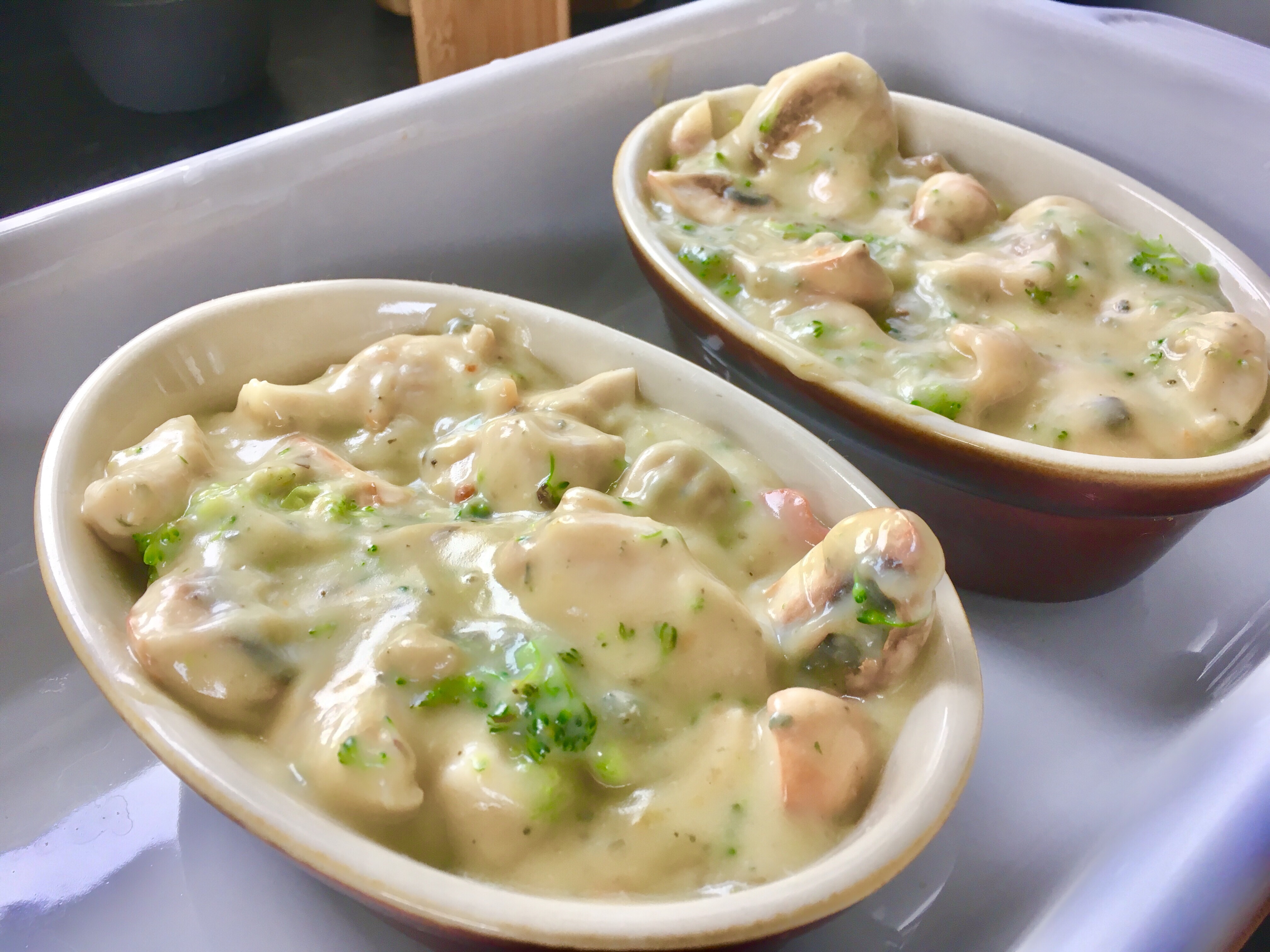 My preferred side dish used to be baked beans but tonight I decided upon steamed green beans and carrot julienne with air fried chips.

Get the balance right