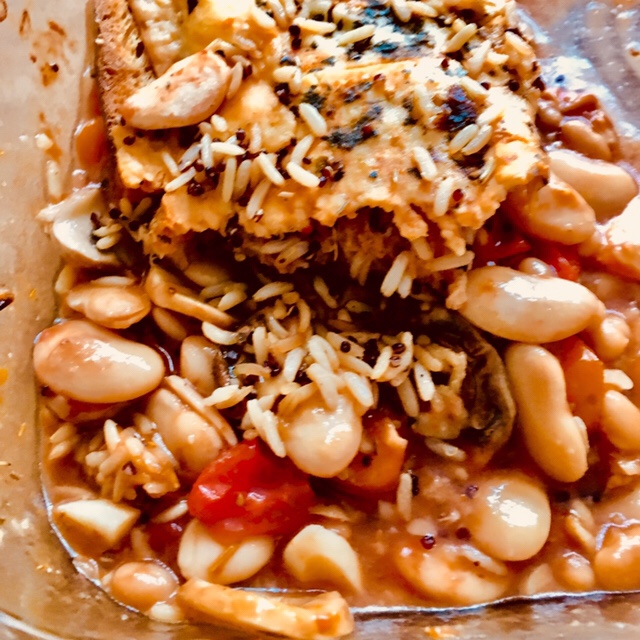 Two observations that always fascinate me is firstly, our sense of vogue for other culture’s peasant food and secondly, how around the world did we adapt to store and preserve the harvest until the next.

Even the best hunter-gatherer would be on occasion hard pressed to live up to the title. I remember the famous ‘farting’ scene in “Blazin’ Saddles” – a reminder of a time when American drovers would carry dried beans as they staple diet.

Having to carry provisions is not something new. Fresh food was used quickly or went bad aboard the ships of the early explorers. The reliance upon ‘Ship’s Biscuit’ and diluted Rum, as the only source of food upon perilous voyages in uncharted waters.

In Wales of course, the favourite Take-a-way or Take-with-you food goes back to the Roman invasion or so my 4th year primary school teacher said. A dish that would allow the marauders to attack the Roman garrisons and not stop for cooking or lighting fires to give away their position. Alas upon doing some research in order to check my facts before publishing, the earliest noted reference to “Welsh Rarebit” aka originally as “Welsh Rabbit”, is in the late 1700s.

Despite the lack of evidence the truth remains, every culture has found ways to preserve and store in easy packaging the food needed to sustain a long winter or a perilous journey.

The Latest Supper borrowed significantly from these methods to make a vegetarian dish that can be altered to keep on giving.

In my roasting dish I spread a dousing of Olive Oil, followed by about 500g of various baby tomatoes cut in halves, 4 thinly chopped cloves of garlic, about 250g of sliced mushrooms, a cup of wild and Quinoa rice. To this I added one tin of Butter Beans, one tin of Bean Salad, and for extra tomatoey goodness – a can of Baked Beans (57 reasons why to add!).

Next some seasoning; good grind of sea salt and black pepper before an extravagant sprinkling of dried Rosemary (don’t be shy!)

Next I added sourdough bread slices with a generous pouring of Olive Oil and finishing with strong Cheddar Cheese slices making the perfect roof for my tomato and bean mansion.

Whats in the Pot?

Ooo I could murder a Kebab!