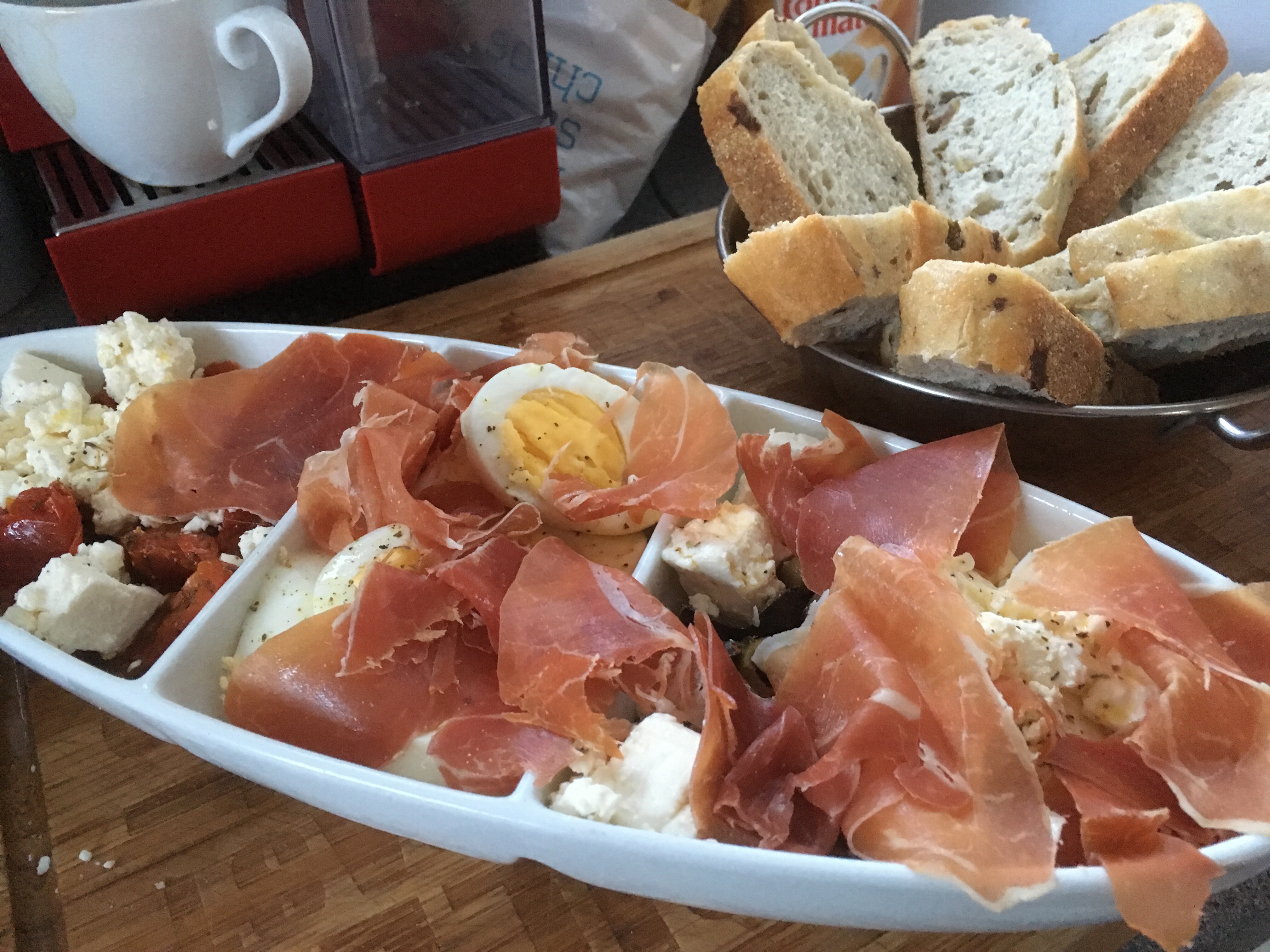 A tapa is an appetizer snack in Spanish cuisine. It may be cold (such as mixed olives and cheese or hot (such as chopitos, which are battered, fried baby squid. In select bars in Spain, tapas have evolved into an entire, sophisticated cuisine. In Spain, patrons of tapas can order many different tapas and combine them to make a full meal. In some Central American countries, such snacks are known as bocas. In parts of Mexico, similar dishes are called botanas.

My fun Tapas I served as a social starter, sharing the time to eat and chat. On the plus it was a very cheap course to provide as most of the key ingredients were purchased under the “still fresh” banner and saved a considerable amount of cash which was spent on the meat.

My tapas consisted of, green and black sliced olives were served with a basic Feta, sun dried tomatoes in olive oil, hard boiled eggs, with a spreading of Parma ham,  accompanied by a rustic olive bread.