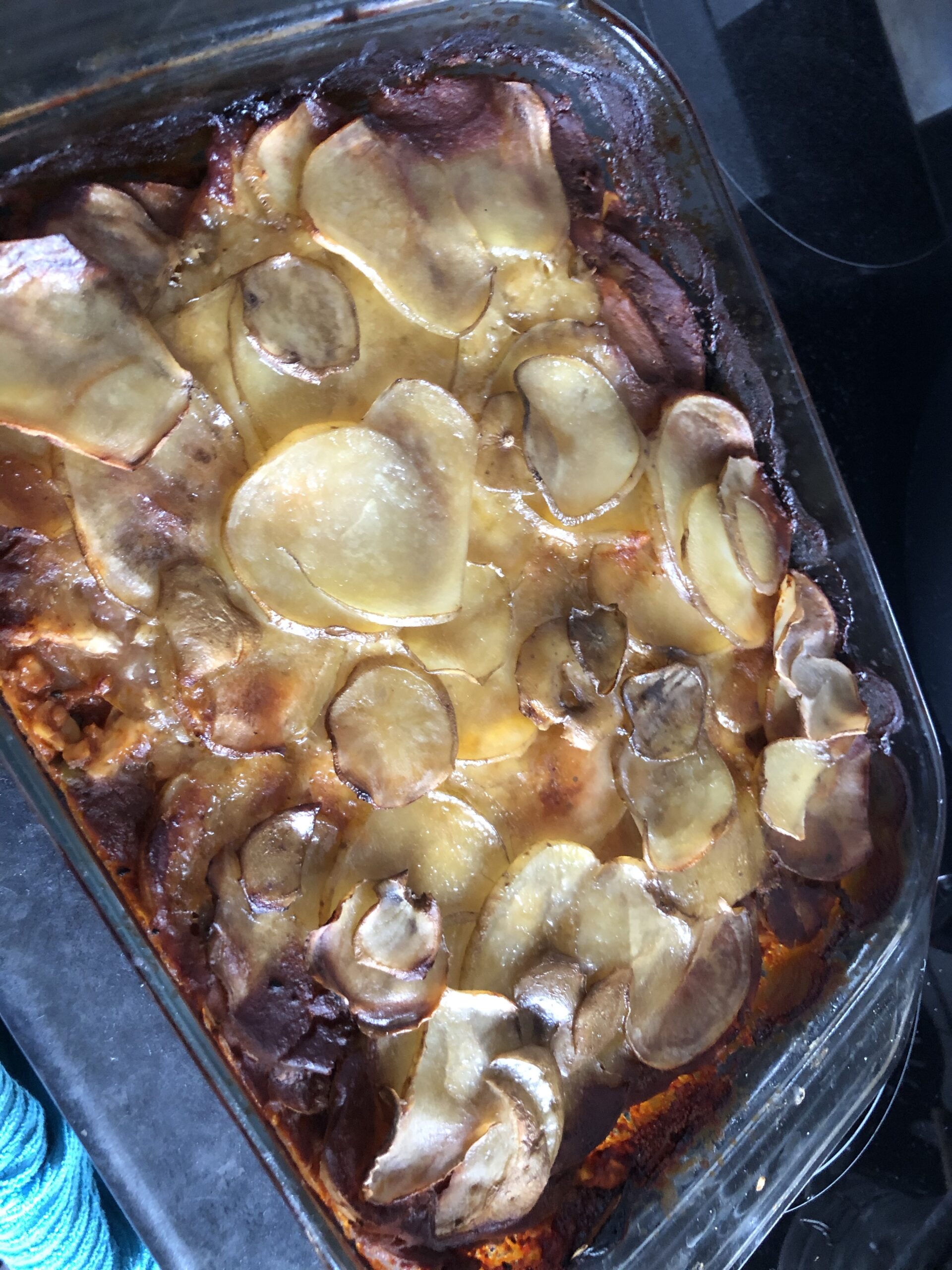 I find it funny when scanning menus, finding the variations on the pie fitted with a potato roof. If it’s meat I have sampled everything from cottage to mansion; even giggled at versions using spam (council estate pie). When at sea we have the simple Captain’s promoting all the way to admiral and even commodore.

For my latest supper, I wanted to venture into pie country however on another continent. Tongue-in-cheekily, I called my dish Tarta del Casa (House pie). The Spanish title gives a clue to this diet friendly dish. The “con carne” is a chilli base finished with a sliced potato roof.

Whilst dry frying 500gms of 5% minced beef, I placed a roughly chopped red onion, 3 cloves of garlic, a sliced jalapeño pepper including seeds, a can of chopped tomatoes, a can of red kidney beans, a tablespoon of coriander leaf and 2 teaspoons of coriander seed, 3tablespoons of smoked paprika, 1 teaspoon cayenne pepper and 4 tablespoons of tomato purée, in to the food processor blitzing until I had a rich sauce.

As my meat browned, I added mixed vegetables and mushrooms. I allowed these to combine and thaw which gave the pan a little liquid. Next I added a portion of Mexican style frozen rice giving body to the pie filling.

Having throughly combined meat and vegetables, it was time for the salsa. Reducing the heat to minimum and simmering for 10 minutes before decanting to a pie dish. 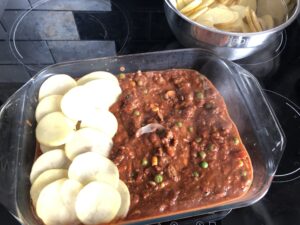 Using a mandolin, I sliced 1/2 dozen fist sized potatoes and began layering the potatoes over the “walls” of my house. Half way though I scatter 80gms of extra mature grated cheddar, and continued stacking my potato roof tiles. 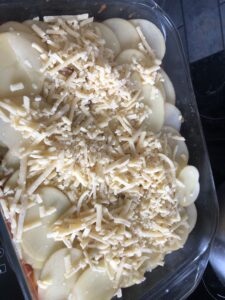 Covering my ‘casa’ with foil, I placed it in a preheated oven at 180C for a good 90 minutes. When cooked uncover apply a few squirts of 1cal and leave in the residual warmth of the oven to brown. 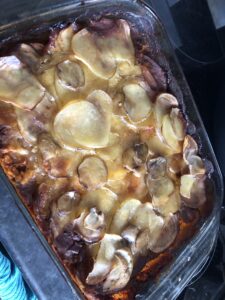 Home is where the Hearth is